WIPs Conversation: Jean Copeland on Her Work in Progress 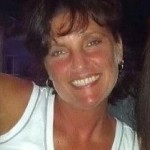 Jean Copeland is a high school English teacher who received her M.S. in English-Creative Writing from Southern Connecticut State University. Her fiction and personal essays have appeared in T/OUR Magazine, Sharkreef.org, Connecticut Review, Texas Told ‘Em, P.S. What I Didn’t Say, Off the Rocks, Best Lesbian Love Stories, Harrington Lesbian Literary Quarterly, The First Line, and Prickofthespindle.com. She also wrote an essay that will appear in the essay collection, A Family by Any Other Name, in early 2014.

Jean, this opening chapter of The Revelation of Beatrice Darby finds Beatrice awakening to her own sexuality and attraction to women through her impulsive interest in a dimestore novel about a lesbian romance. Beatrice is a churchgoing girl and this is 1957, in a quaint pharmacy and soda fountain, during a time when “good” girls dated “nice” boys, soon got married, and primarily worked in the kitchen and took care of the kids. Without a doubt, her budding revelation will have consequences on many levels. What inspired you to set the story in this period rather than a more contemporary one?

I’ve had an affinity for that period since discovering my first Doris Day and Rock Hudson film on cable as a teen. But as I researched the social history of the LGBT movement for a class I was going to teach, I was fascinated and humbled by the paradox of that era regarding homosexuals: Life was wholesome and wonderful for “normal” Americans but oppressive and dangerous for anyone brave enough to be out and proud. I could explore that precarious life from the safety of my protagonist, Beatrice Darby.

END_OF_DOCUMENT_TOKEN_TO_BE_REPLACED

Jean Copeland: An Excerpt from The Revelation of Beatrice Darby

Suddenly they were alone on an island of forbidden bliss.

Beatrice Darby did a double-take at the salacious caption on the cover of the novel she knew right away she shouldn’t be looking at. Odd Girl Out was its title, and she felt a strange tingle as she absorbed the image of the half-naked blonde perched under it, her naughty parts barely hidden in a pile of plush pillows. She glanced around DeLuca’s drugstore to make sure no one she knew noticed her ogling its cover art on the rack in the back corner.

This discovery raised the stakes in her presence at DeLuca’s that afternoon in 1957 as she was supposed to come straight home from her summer job to prepare supper—a week-long penitence for skipping Sunday mass the day before to enjoy a sunny morning at Lighthouse Point Park. She and her older brother, Quentin, rarely agreed on anything except that when their mother had one of her nervous spells and couldn’t accompany them to church, they would act as each other’s alibi as they pursued separate adventures in religious hooky. Her caper would’ve been a success, too, had their gossipy neighbor, the heathen Mrs. Pritchett, and her brood of five not been struck with that same notion.

Her heart raced as she snatched the paperback from the cluster of other tawdry romance novels on the bottom shelf. She pivoted toward the wall on the heel of her saddle shoes and began fanning through the pages.

A wash of heat flooded Laura’s face. She bent over Beth again, perfectly helpless to stop herself, and began to kiss her like a wild…

“What do you think you’re doing?” a woman hollered.