WIPs Conversation: Lenore Weiss on Her Work in Progress 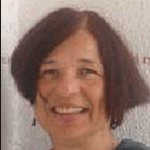 Lenore Weiss grew up in New York City, raised a family in the Bay Area, and currently resides in Louisiana. Lenore’s collections include “Tap Dancing on the Silverado Trail” (Finishing Line Press, 2011), “Sh’ma Yis’rael” (Pudding House Publications, 2007), and “Cutting Down the Last Tree on Easter Island” (West End Press, 2012). Her most recent poetry collection is “Two Places” (Kelsay Books, 2014). She currently teaches a memoir class at Ouachita Parish Library in Monroe, Louisiana and serves as the copy editor of Blue Lyra Review. Her blog resides at www.lenoreweiss.com

Lenore, in “Hazardous Turnips” excerpted from Pulp into Paper, the characters at the mill are caught in what has become a common dilemma: rural workers in essentially company towns thankful for their jobs despite growing hardships—including their own health and that of everything around them. How did you decide to concentrate on the subject?

I moved to northeastern Louisiana several years ago and set about familiarizing myself with the area. Two events coincided that led me to write this book. My mate worked for a contractor at the Georgia-Pacific mill in Crossett Arkansas, one of the oldest mills in the Koch Brother’s arsenal. He was assigned to “detention pond” duty with the supposed goal of filtering harmful effluents from the paper making process. I watched him become slowly poisoned by H2S (hydrogen sulfide) and other noxious gases that have been established by the EPA as carcinogens. Every night I heard his terrible cough and stories of company noncompliance with standard industry operating procedures. Around the same time, I met the northeastern Louisiana representative to LEAP (Louisiana Environmental Action Project) who was involved with the Crossett Citizens for Environmental Justice. I began to attend their meetings and researched the history of the mill in Crossett. The book grew out of that experience.

END_OF_DOCUMENT_TOKEN_TO_BE_REPLACED

Lenore Weiss– “Hazardous Turnips,” an Excerpt from Pulp into Paper

In the middle of July, the turnips were lush. They grew alongside the entrance to the plant, bright green fronds waving in the afternoon heat like feathers of a peacock’s tail. Bryan Thurmond had seen dozens of peacocks in the parking lot of the zoo where he drove Jenny, his daughter—peacocks strutting like they were collecting fees. Nothing scared them except for the sound of a car’s ignition. The turnips survived in the dirt like that. They didn’t care if the groundwater or the soil were polluted. Turnips hugged entrances and exits and tempted employees to pick them for the dinner table—plants that grew in spite of everything. And who knows, maybe he should’ve joined the crowd. Why not? He’d never seen such tall, beautiful plants. They thrived in muck. He pulled his Toyota Tundra into the parking lot. A lot of guys laughed at him, didn’t understand why he chose to ignore nature’s free bounty. They were like teenage boys who believed nothing could ever happen. They didn’t see the green fronds as a warning.

Management got it. They knew he was a single dad and couldn’t afford to step away from a full-time job with benefits. Six months ago Rand-Atlantic had promoted Bryan to Lead Environmental Officer. But he was getting pressured to overlook certain safety readings. Not directly pressured, of course. The company wouldn’t be that stupid. Encouragements to step over the line came in the form of free passes to the Rodeo Club, and murmurs of a scholarship for his daughter to attend junior college. They had him by the balls.