WIPs Conversation: John Guzlowski on His Work in Progress 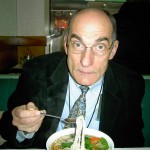 John Guzlowski’s writing appears in Garrison Keillor’s Writer’s Almanac, The Ontario Review, Atticus Review, War Literature and the Arts and other journals both here and abroad.  His poems about his parents’ experiences as slave laborers in Nazi Germany appear in his book Lightning and Ashes.  His novel Road of Bones about two German lovers separated by WWII is forthcoming from Cervena Barva Press. Writing of Mr. Guzlowski’s poetry, Nobel Laureate Czeslaw Milosz said, “He has an astonishing ability for grasping reality.”

John, in “Village of Cold Houses,” an excerpt from your forthcoming novel Road of Bones, the Nazi soldier Hans has come to question everything he’s done and seen—and his role in mankind at its worst. “Killing was easy. Any man could kill any other man.  Any man could do it to any woman. Hans had even seen women who could do it. They had done it and gone back to stirring their laundry or breastfeeding their babies.” Since this chapter occurs towards the end of the novel, how previously did Hans’ understanding of war and the depravity of human nature evolve over the course of the narrative?

The chapter takes place late in the novel and late in the war, January of 1944. Hans has been in the war since Sept 1939 and fighting against the Russians on the Eastern Front since 1941. The novel focuses on a one-week period during which Hans realizes his inhumanity, but the story of what he has been like in the war and the depravity he has participated in comes into focus through several flashbacks.

END_OF_DOCUMENT_TOKEN_TO_BE_REPLACED

John Guzlowski: “Village of Cold Houses,” an Excerpt from Road of Bones

The German soldier stepped away from the house and toward the wooden fence that surrounded it. The moon was full, and the shadows longer and crisper now. He loosened his ragged muffler. The wind had stopped blowing. It was good not to feel the hard snow tearing at his face.

He placed his gloved hands on the pickets of the fence.

The world was quiet, the sounds frozen in the cold air.

A man could think in a world like this, but did he want to? Thinking was remembering, and there was little that Hans wanted to remember about this village. The skinny man with the moustache that Grass stabbed in the chest with his bayonet? The grandfather Weitz had killed? That old man’s crab-like scurrying across the floor? His gray stubbled throat? His curse about fucking your mother? Did Hans want to remember almost strangling him?

He had known men who looked him in the eye and told him that it was hard to kill another person. They told him about the laws of church and country, about what the priests and teachers talk about, and what his mother and his father taught him about being good when he was a child, a boy. They told him about how God had put something in him that let him know what was good and right, and what was bad and wrong. Man had that knowledge in his blood and his heart and his soul, and he was born to listen to it.