WIPs Conversation: Carole Rosenthal on Her Work in Progress 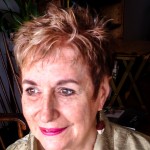 Carole Rosenthal’s fiction and nonfiction appears in many places, and she is the author of the short story collection It Doesn’t Have To Be Me (Hamilton Stone Editions). A chapter of her memoir is in the new anthology, Not Somewhere Else but Here, and parts of this work are published in ACM, Huffington Post, and Persimmon Tree. Her first literary short story was accepted in the final issue of the late, great Transatlantic Review. Since, her stories have been in a wide variety of magazines, including Able Muse, ACM, Sol, the minnesota riview, Confrontation, Other Voices, The Cream City Review, Mother Jones, Alfred Hitchcock, and Ellery Queen’s Mystery Magazine. Rosenthal’s writing, often anthologized, has been dramatized for radio and television, translated into eleven languages, and printed by presses such as Dell, Virago, Arbor House, and the Modern Language Association. She is a longtime professor at Pratt Institute, and lives part-time in New York City and part-time in the Catskills Mountains.

Carole, in “News from the Past,” your excerpt from The Goldie Files, the reader learns how Bernie Biederman wouldn’t have made a good member of The Monuments Men. In fact, he snatched a treasured, 800-year-old manuscript from among church artifacts in a cave he was chartered to guard while an allied soldier in World War II. He’s caught in an unending dilemma: holding a significant document of human history—with painted illustrations, calligraphic script, and religious codes—but unable to receive recognition or profit from “his book” for how he acquired it. How did the story originate, and how much did Bernie’s burning lifelong secret help shape his character?

In The Goldie Files a mystery is solved, a priceless long-hidden art work is recovered, and Martin Biederman, Bernie’s only son, is forced after his father’s death to shoulder the public and private obligations of his father’s troubling secrets. I began this novel after reading journalistic accounts of the wartime disappearance and subsequent repatriation of an illuminated manuscript that resided for centuries in the same church where Heinrich Himmler conducted his notorious Nazi SS rituals. When I visited that town—Quedlinburg, Germany—to view the manuscript, I discovered that Himmler also considered himself the reincarnation of Germany’s first Emperor, Heinrich the Fowler. Nazi mysticism doesn’t play a large role in The Goldie Files, but it sure does stimulate the imagination.

In 1945, as a dapper, young Jewish GI, Bernie believed he was “rescuing” an ancient manuscript—he would never agree that he had “snatched” it—from the casual desecration of a profit-minded Army buddy. He is dazzled by the manuscript’s bejeweled cover with its graceful ivory Madonna, its stylized miniatures and iconography. Raised in an orphanage, primarily self-taught, secrecy and silence come naturally to him, but Bernie’s cultural universe vastly expanded after his enforced European stint. His possession of “his book” lends an obsessive excitement to his life, and upon returning to the States, he begins consuming world history, learns imperfect Latin, and immerses himself in medieval art.

Bernie’s hospital bed ultimately becomes Bernie’s death bed. Even so, does he remain and integral character through backstory or does another character(s) become the protagonist(s)?

Bernie remains central through flashback, vivid memories, and intimate correspondence. After uncovering a trove of hidden letters written over the years between his father and a hither-to unknown mistress named Goldie Levine, Martin sets out to meet Goldie and learn more about his father—and about a life as compartmentalized as one of those plates for finicky children that wall off different portions to keep them from touching. Who was that man behind the newspaper at the breakfast table every morning? Martin must ask. The answer to this question becomes the crux of a novel in which family betrayals abound, both past and present, set against the backdrop of an exploding 1980s New York art market.

Martin is a gay filmmaker, financially floundering but well-reviewed. Bernie has always been disappointed by his son’s homosexuality and Martin, smarting under his father’s lifelong disapproval, is one of the principal narrators in The Goldie Files. A former neighbor of the Biederman family, the New York painter Xanthea Salve and Martin’s close friend is another of the protagonists who emerge. Xanthea has a compelling backstory with Bernie too. (Seduced by Bernie during her senior year of high school, encouraged by Bernie to take her art seriously, she is now a divorcee raising a volatile daughter who is the age she was during that affair). The yammering and endless deal-making of the New York art scene in the 1980s creates both context and pivotal moments within the novel. Like Xanthea, I lived in the artsy-funky East Village of New York during those years, and many of the characters in this novel are amalgams of artists and filmmakers whose struggles for recognition and financial support I knew well. Connoisseurs of contemporary art may have private uncatalogued medieval holdings, I learned, just as some dealers in contemporary art may support their galleries through questionable second-market backroom sales.

In the latter half of the excerpt Bernie reflects on several relationships, as well as ponders his own legacy and what the book will mean after he’s gone. In particular, he considers its impact on Marty, “his incomprehensible misfit son,” a gay documentary filmmaker who as a toddler was frightened of Bernie upon his return from war, and whose sexuality his father never accepts. Yet, Bernie views him in a competitive light, and is perhaps jealous of his son’s creative success. Can you describe the significance in Bernie’s mind of the ancient manuscript and how it plays into this competition?

Yes, Bernie has been secretly competitive with Martin for his wife’s affection, and later for Xanthea’s affections when she calls herself Martin’s girlfriend before Marty officially comes out. Bernie is jealous of Martin’s creative career and of his public accomplishments. His own decoding of “his” manuscript has zipped Bernie across centuries from medieval to Nazi Germany and he believes the historical implications of his research would rival, and perhaps surpass, his son’s if only he could go public. Or so he brags to his mistress, Goldie, in his correspondence. But Bernie can’t broadcast this news. He does not want to be remembered as a thief. He is not a bad guy, only an imprudent and unenlightened one. As his health begins to deteriorate, he yearns for a truce with his son. He decides to bequeath his notes and the manuscript to Martin, a legacy for Martin to deal with.

A grim reaper in a green lab coat ends Bernie’s death rather mysteriously. Only recently, Bernie had found not one, but two buyers for his book, his legacy. This second buyer, however, unnerved him, and “If his suspicions turned out to be true, the book could not–it must not–be sold.” Are there sinister elements afoot in the chapters to follow?

Sure, as the reader will find out. The confluence of the Nazi plunder of art as they proceeded across Europe during the War, the casual “liberation” of art objects by Allied troops, and the intricate and later well-documented double-dealings in the New York art world in the 1970s and 1980s lends itself to suspense, to “sinister elements.”

At what stage are you with the novel?  Are you still writing and revising, or are you at the point of shopping it with agents or editors?

I’m finishing a late draft and have one more round of chapter-by-chapter revisions to go. I’ve not yet shown this novel to agents or editors.

I’m working on a nonfiction collection of personal essays about growing up in the American south during the cold war period, and have begun drafting a new novel set in Santa Fe and New York. Stay tuned.

My short story collection, It Doesn’t Have to Be Me, published by Hamilton Stone Editions, is available in both print and ebook, and my web page on that site is hamiltonstone.org/carolerosenthal.html.

My email address is: crlrosenthal@gmail.com

Read “News from the Past,” an excerpt from Carole Rosenthal’s The Goldie Files

Carole Rosenthal: “News from the Past,” a novel excerpt from The Goldie Files
Marlene Olin: “The Maid of the Mist” a Story from a Collection In Progress