WIPS Conversation: E. G. Silverman on His Work in Progress 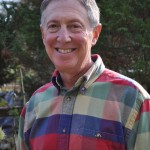 n was a finalist for the 2012 Flannery O’Connor Award for Short Fiction for his short story collection Hardly Any Mess At All. Silverman’s short stories and novel excerpts have appeared in Beloit Fiction Journal, South Dakota Review, Harpur Palate, 2 Bridges Review, Fugue, Berkeley Fiction Review, Reunion: The Dallas Review, and many other literary magazines. A complete list is at EGSilverman.com. He’s studied with Brian Morton, Sheila Kohler, Carol DeChellis Hill, and Jonathan Baumbach.

E. G., in this chapter of Be My Own Father young Harry recreates his present to help understand the past. He has emulated his father’s life to a tee until it puts him behind the wheel of his Camaro in what may become his final ride. He relates the anguish of growing up without having ever known his father, and the torment he undergoes as he seeks to learn the possibly frightening truth. Does the reader already know the full back-story of Harry’s family that he can’t seem to pry from his mother?

This is near the end of the book. While the reader has been given clues as to the full back-story, this is the first time where it’s laid out in detail. Still, one must wonder how reliable Harry is. After all, he is a teenager boiling over with anger and resentment. Can one accept his interpretation of what he believes are the facts? The reader gets the answer in the final scene, an epilogue after this chapter, but by then it is too late for Harry.

In a sense though, does it really matter what the truth is? Isn’t how characters respond to what they perceive as the truth more important? As their perceptions change, the truth changes, and so do their responses to it. At its essence, that’s what the novel is about, as is much of my work. In life, we all struggle to discover the truth, we rarely do, and yet out entire lives are based on our perceptions of it.

The chapter works remarkably well on its own terms—with developing characters, building tension, and a suspenseful climax. It reads as complete as any short story. Is it indicative of other chapters in that regard?

Thank you for your kind words.

Generally, the answer to your question is yes. In fact, five other chapters have been published as short stories in various literary journals.

As I develop a novel, I think in scenes. I like to write in scenes, with each chapter structured as a functional unit, so in that sense, many of them are like short stories. In addition, though, each must be necessary for the integrity of the novel as a whole, and each is reliant on its context within the novel for its full impact. While this chapter may work well as a short story, I believe readers will react much more strongly to it after having read what comes before it.

Another consideration was that the novel is told from varying points of view over a time-span of a couple of decades. Making each chapter strong enough to stand on its own was a way to improve readability. That said, my goal was to make sure that each chapter builds on what precedes it so that, most importantly, the novel works as a cohesive whole.

Finally, it’s probably worth mentioning that the entire novel started as a short story entitled “Delivery,” which was never meant to be anything more than a short story. I ended up liking one of characters in it so much that I kept wanting to spend more time with him, and there was only one way to do that. Plus, the story was a bit ambiguous and there was only one way to find out what really happened.

What’s excerpted here comes late in the novel. Can you summarize a little about what’s taken place up to this point, and how the novel develops?

As a bit of background—Be My Own Father interweaves the stories of three main characters: Barney Corsen, longtime proprietor of the Hillsview Pharmacy; Ginny Bradsten, who falls in love with his son; and Harry Bradsten, Ginny’s son, in search of a father.

Ginny, a teenager when we first meet her, falls in love with Barney’s son Harry, and becomes the first female “delivery boy” at Hillsview Pharmacy. Soon Ginny is pregnant, Harry is killed in a mysterious car crash, and Ginny flees Hillsview. She ends up in the neighboring town of Amton, where she meets the town’s kindly pharmacist, lands a job working in the Amton Pharmacy, moves into an apartment upstairs, and sets about raising her son Harry, named after his father.

Nearly two decades later, Barney has seen his business defeated by the national chains, he has lost his wife of four decades to cancer, and he stills mourns for his son. One night in the middle of a snowstorm, there is a knock at his door. It is Ginny, who he hasn’t seen since that horrible night eighteen years earlier when his son drove off in anger. Ginny’s son is in trouble and she needs Barney’s help.

In the excerpt, Ginny’s son Harry, now the same age his father was when he died, has deduced that his death was self-inflicted, a suicide triggered by the terrible truth his mother and Barney have long kept secret, a secret that eighteen years ago led to one Harry’s death and perhaps is now about to lead to another. He is determined to recreate his father’s final hours. He will become his own father.

In this chapter of Be My Own Father, Harry’s narrative voice exemplifies his transition into adulthood and the occasionally overwhelming nature that comes with it. The story’s prose is straightforward and moves crisply, and the “give-and-take” conversations work seamlessly without the need for dialog tags. Is the novel told in the same manner and style throughout?

As I mentioned, the novel is told from varying points of view and it takes place over a couple of decades. Each narrator has his or her own voice and style. Some chapters are in first person and some are in third person. Some of the prose is in present tense and some past tense. I’ve played with this a lot over the various drafts and revisions, and struggle with the need to keep things simple and consistent on one hand versus doing what works best for each chapter and section on the other. In the end, I go with what seems to work best, line-by-line, paragraph-by-paragraph. It’s like a piece of music. You can study theory all you want, but when it’s time to make a record, you have to go with what sounds best. I use dialog tags when they’re needed for clarity, but when they’re not needed, they just get in the way.

Are you continuing to work on Be My Own Father? Have you been querying agents or publishers about it yet?

I’ve worked on this one for years, longer than I’ve worked on anything else I’ve written. It’s been through eight drafts with countless revisions within each of them. The entire novel has been restructured a couple of times, completely changing the flow. I think I’ve got it as good as I can get it, and yes, I am querying agents.

Do you have other creative projects going on presently?

I’m pretty much always working on a novel and periodically taking breaks to do a short story or two, and now is no exception. I’m just getting started on a new novel, which will be my seventh, although I’m not at all sure where it’s going, if anywhere. And I’m pretty far along on a first draft of a new short story. It still needs a lot of work. I also have a backlog of unfinished stories that have hit dead ends for one reason or another. Periodically, I revisit some of them, and at times, I find a way forward. I just need to make sure that it’s not a road I’ve travelled before.

Just a thank you to WIPs Journal for providing a platform for me to share this excerpt. Also, my thanks to the various folks who have made comments and suggestions on earlier versions of the manuscript, including especially Carol DeChellis Hill’s master class. Anyone curious about where to find more of my work can find a list of my publications at EGSilverman.com.

Read E. G. Silverman’s excerpt from Be My Own Father, his novel in progress.