WIPs Conversation: Steven Ostrowski on His Work in Progress 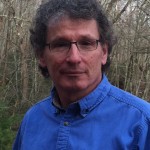 Steven Ostrowski is a fiction writer and poet who teaches at Central Connecticut State University. His work appears in numerous journals, including Raritan, Madison Review, Literary Orphans, Sleet, and Wisconsin Review. He has published chapbooks with Bright Hill Press and Finishing Line Press.

Steven, “Welcome to Oblivia,” first chapter from The Last Big Break does a great job of touching upon the details and not-always-savory experiences that go along with playing a gig. At times, the reader is given a musician’s insight into performing when getting into Eliot’s head. How were you able to lend the narrative such authority and authenticity? Do you have a history as a musician as well as a writer?

I appreciate your finding narrative authority and authenticity in Eliot’s performance scene in chapter one. I do play guitar—badly—and sing—really badly—and write songs, some of which I think aren’t so bad. I have played and sung a few times in my life in front of small audiences, but mostly I’ve simply fantasized– in startling detail, mind you– about being this very cool, very enigmatic, slightly physically spastic but powerful singer-songwriter who’s up there all alone on the stage with his guitar in a small cone of light, making people pay attention because some mysterious combination of words and music mesmerizes them, even changes their consciousness. Like I said, it’s a long-running fantasy of mine. Likely to stay that, too.

It’s noteworthy that Eliot was once coined/cursed the next Bob Dylan.” Does the novel have any backstory into this period? Was that the time of the first big break?

Early in Eliot’s career he had some success, and that period is explored, mostly in flashback and dialogue. Having the tag “the next Bob Dylan” probably was an early break for Eliot, in the sense that it got him noticed. But nobody wants to be Bob Dylan for long. There are a few allusions to Bob here and there throughout the novel and then, in the penultimate chapter, Dylan himself makes a cameo. That was a lot of fun to write. He appears in a scene in which Eliot gets what might be interpreted as his last big break, although there are a few other kinds of last big breaks that come in the final chapter as well. As far as breaks go, I put Eliot through the ringer in all kinds of ways.

Both Eliot and his wife Anita are artists, although her poetry takes a backseat to her teaching, while he’s free to write and perform music full-time. She reflects to a decade or so earlier and thinks “She should have been writing—instead of dreaming of being a writer. She should have woken Eliot up.” Is this a subtle (or overt) source of conflict throughout the novel?

It’s an overt and ever-building source of conflict and tension in the novel, though far from the only one. Anita has sacrificed a lot for Eliot, and she feels like her time has come; time for him to make a sacrifice or two. He resists. He still wants to “make it,” though he doesn’t quite know what that phrase means anymore. Both of them realize that time is moving fast, and if they don’t make something good happen, career-wise–and soon–either nothing is going to change or, worse, something bad is going to happen.

And then there’s Eliot’s brother, Mark, “the boy priest.”  We’re given just a glimpse of his character in this excerpt. What role does he play in the grander scheme of things?  How do things balance out in the novel, as far as the individual stories of these three? Is there a lot of overlap?

The stories are woven like strands of a helix. They do touch in key places. And they get knotted pretty tightly in the end, when tragedy strikes. Regarding Mark, he is deeply conflicted about his vocation, but he’s also deeply committed to his hardscrabble, recently gang-infested neighborhood parish. He and Eliot are long-estranged, but both of them dimly recognize a desire for reconciliation, if for no other reason than that each one intuits that the other might be the only human being on earth who can really understand him. That desire is intensified in the course of the novel as they both undergo enormous pressures of various sorts in their personal lives. However, as I mentioned earlier, time is moving fast. There are consequences, physic, spiritual, material, to putting something off too long.

What’s the current status of your manuscript? Do you have a timeline you’re hoping to follow in terms of completing a draft, sending it out for agency or publisher review, etc?

I thought this novel was finished several years ago. I even had an agent for it. It got some interest but never got published and the agent’s long gone. I put it away and went on to other projects. Recently I pulled it up on the computer and reread it and I thought, this isn’t bad but I can make it better. I know what I have to do. I applied for a sabbatical at the university where I work, but I didn’t get it this time. I know the world isn’t waiting for a Steven Ostrowski novel, but still, it was terribly upsetting not to get that precious, unbroken time to write. I’m going to try for it again. In the meantime, I’ll just keep at it on my days off, on breaks, in the summer. I think by the end of this summer, the novel will be good to go.

I feel blessed to have a small but strong group of supporters, including my wife and three kids (all of whom are sensitive and smart), some of my colleagues and close friends, and a whole bunch of former students. It’s nice to know there’s some receptivity out there to what you do. And it’s nice to have a venue like WIPs, too, for which I am also very grateful. One last point. I read this quote long ago in one of Flannery O’Connor’s letters or essays. I think she may have gotten it from somebody else, I’m not sure. It goes something like this: “The task of the writer is to deepen mystery.” I absolutely love that. I completely agree with it. It’s what I’m always trying to do.