WIPs Conversation: Jen Michalski on Her Work in Progress 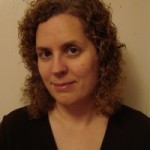 JEN MICHALSKI is author of the novel The Tide King (Black Lawrence Press, winner of the 2012 Big Moose Prize), the short story collections From Here (Aqueous Books 2013) and Close Encounters (So New 2007) and the novella collection Could You Be With Her Now (Dzanc Books 2013). She is the founding editor of the literary quarterly jmww, a co-host of The 510 Readings and the biannual Lit Show, and interviews writers at The Nervous Breakdown. She is also the editor of the anthology City Sages: Baltimore, which Baltimore Magazine called a “Best of Baltimore” in 2010. She lives in Baltimore, MD. https://twitter.com/MichalskiJen

Jen, I really enjoyed this excerpt from The Tide King. It’s a compelling story, and really gives the reader a great sense of what young soldiers endure when called to duty, specifically here related to the Second World War. The war novel, as a form, dates back as far as literature itself. Was it a subject about which you’d written before?  There a many specific facts and fine details lending authenticity to the narrative. What type of research was involved in writing about Stanley’s foray into war?

This was my first foray—and interest—in World War II, or any war. And when I first began the project, I had a completely different scope of interest. I’d read a story in an old issue of National Geographic about a father and son team in a submarine searching for the sunken World War II German battleship The Bismarck. In the epilogue of the article, the reader discovers that son died in a car accident soon after they’d returned home, and I thought this would be a great short story, but I wasn’t sure how to approach it. But one night, I started writing about a soldier going to war (which is the basis of this excerpt). Then, all of the sudden, it became a novel spanning two hundred years, with fire jumpers and country singers and other things. Although both of my grandfathers, who have passed on, served in World War II, they served in noncombat positions, so in addition to hours and hours researching the Internet and watching Ken Burns’ PBS miniseries The War, I read Eugene Sledge’s memoir of the Pacific theater, With the Old Breed, which was featured in The War and also the miniseries The Pacific, and Stephen Ambrose’s Citizen Soldiers. There’s also a great nonfiction book, Soldier From the War Returning, by Thomas Childers, that examines soldiers’ reintegration into society after the War, that I used for sections later in the book.

END_OF_DOCUMENT_TOKEN_TO_BE_REPLACED

It was almost time to go. His mother would see him out the door but not to the train station. She would not watch him leave on the train, his face framed in the window, his garrison cap covering his newly shorn head. She would see him to the door, where he could go to work, to school, to the store, and in the corresponding memory of her mind, he would return.

She opened the lock of the jewelry box on the kitchen table with a butter knife, the key orphaned in Reszel, Poland. He wondered whether she would produce a pocket watch, a folding knife, his father’s or his uncle’s, that he could fondle while trying to sleep on the hard earth, dirt full of blood and insides, exposed black tree roots cradling his head like witch fingers.

He opened his hand, waiting. She pulled out an envelope, old and brown, and the dark, furry object he regarded. A rat carcass. A hard moldy bread.

“Saxifrage.” She put the crumbly mound in his palm. “Most powerful herb. I save it until now.”

He glanced at the leaves and roots spread over his palm, dried like a fossilized bird. His lips tightened. His whole life to that point a stew of herbs–chalky and bitter and syrupy in his teas, his soups, rubbed onto his knees and elbows after school. He put it back in the envelope, more fragile than the herb.

“You take this.” She grabbed his palm, her knuckles blue and bulbous. “Eternal life. You take it if you are about to die. You will live. This is the only one. You understand?”

He nodded, pushing it into the pocket of his duffel bag. Herbs had not saved his father, his sister. Not spared his mother’s hands, curled and broken, her lungs, factory black. He hugged her. She smelled like garlic and dust. Then he, Stanley Polensky, walked to the Baltimore station, got on the train, and went to war.