WIPs Conversation: Khanh Ha on His Work in Progress 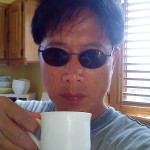 Khanh, “Of Bones and Lust” from your novel Once in a Lullaby provides great depth into the narrator’s background. Can you describe how the chapter sets up the greater narrative and what’s to follow?

Once in a Lullaby is narrated by two voices in time parallel. Giang (pronounced Zhang), the narrator seen in “Of Bones and Lust,” is a Vietnam war veteran, a former North Vietnamese soldier who defected to the South, and later a reform-camp prisoner following the fall of South Vietnam in 1975. After spending 10 years in a remote prison camp, as a drifter he finally settles in the Mekong Delta in the U Minh region, working as a caretaker in a roadside inn. Nicola Rossi, a deceased lieutenant in the U.S. army, is the other voice, the voice of a spirit, the omniscient voice. Through his voice we follow a search by an American woman–his mother–for the remains of her son, who went missing-in-action during the Vietnam War, where we come face to face with broken psyche, with barbarity, and with moral correctness. With his mother is her Vietnamese daughter adopted in 1974 when she was five years old. She’s eighteen now when she meets 39-year-old Giang. He arranges for their stay at the inn and gets Miss Rossi a local man, another war veteran, who takes the American lady into the forest every day to look for bones. Whether she could eventually find her son’s remains will be answered within the greater narrative. But it is always the bones. When you hold it in your hands, a fragment of bone, or a morose-looking skull marred with spiderweb cracks, you wouldn’t know if it was a Vietnamese or an American bone or skull.

END_OF_DOCUMENT_TOKEN_TO_BE_REPLACED

Khanh Ha: “Of Bones and Lust,” Excerpt from Once in a Lullaby, a Novel in Progress

I live in a coastal town in the deep south of the Mekong Delta. During the war this was the IV Corps that had seen many savage fights. Though the battle carnage might have long been forgotten, some places are not. They are haunted.

The roadside inn where I live and work is old. The owner and his wife of the second generation are in their late sixties. The old woman runs the inn, mainly cooking meals for the guests, and I would drive to Ông Doc town twenty kilometers south to pick up customers when they arrive by land on buses or by waterways on boats and barges. Most of them come to visit the Lower U Minh National Reserve, a good twenty kilometers north of the inn. I seldom see the old man. He is mostly holed up in their room. Sometimes when its door isn’t locked, you might see him wander about like a specter. The man is amnesiac and cuckoo.

END_OF_DOCUMENT_TOKEN_TO_BE_REPLACED

WIPs Conversation: Carole Glasser Langille on Her Work in Progress 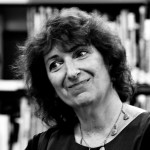 Carole Glasser Langille lives in Nova Scotia and teaches poetry in the creative writing program at Dalhousie University. She is the author of four books of poetry and a collection of short stories, as well as two children’s picture books. Her book Church of the Exquisite Panic: The Ophelia Poems, published in 2012, was recently nominated for The Atlantic Poetry Prize. Carole has also been nominated for The Governor General Award and one of her children’s books was selected for “Our Choice Award” from the Canadian Children’s Book Centre. Several of her poems can be found at Canadian Poetry Online.

Carole, “Red” begins with a gripping opening line, and then reveals Rhiannon as a woman stricken by grief and confusion after the death or her fiancé. Does her apparent obliviousness to his drug problem indicate another character trait? Like Jill finally asked: how could she not have known?

Thanks for your question. In this story Rhiannon does seem to be a woman who is self involved and unaware. Several characters in this collection aren’t clued in to the world around them, hence the title of the collection, “You’re Stunned, Girl.” But I have sympathy for Rhiannon as well. Hard as we try, everyone has times in their lives when they’re stunned.

END_OF_DOCUMENT_TOKEN_TO_BE_REPLACED

Carole Glasser Langille: “Red” from a Story Collection in Progress

Nothing was the same for Rhiannon after the police found her fiancé dead. She barely left her house. Her mother came over several times with dinner but Rhiannon always felt drained after trying to reassure her she was okay. She kept up her editing work, she needed to make money, but she retreated even from her sister, and she was closer to Emma than anyone. The only people she spoke to often were Jill and Ross.  She kept telling them, “I just don’t know why this happened.”

Finally Jill said, “Look, we can unveil layers, but we can never know why things occur. Asking why is the ultimate distraction.”

“Is it?” Rhiannon wasn’t so sure. There had to be some lesson here. If everything was random, what was the point?

Jill listened patiently every time Rhiannon went over details of the story. How Sébastien was supposed to meet her for lunch.  They’d planned to shop. He didn’t have a tie to match his suit and they were getting married in two weeks. When he didn’t show up at the restaurant or answer his cell, Rhiannon went to his apartment.

END_OF_DOCUMENT_TOKEN_TO_BE_REPLACED

WIPs Conversation: John Solensten on His Work in Progress 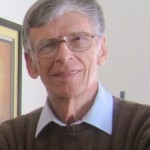 John Solensten has published five novels, two short story collections, more than 30 individual short stories and memoirs and more than 90 poems. His plays have been produced by theaters in Minneapolis, St. Paul, Duluth and Oklahoma City.His first play Goodthunder won a national native American drama competition and his fiction has been awarded first place in the national AWP novel competition and the Minnesota Voices short fiction competition. His most recent novel, Buffalo Grass (2013), is based on Lakota legends of the white buffalo and the restoration of buffalo in the South Dakota prairie. He is currently completing a novel based on the life of Richard Harding Davis, the legendary Gibson Boy. He lives in Burnsville, Minnesota.

John, this chapter from The Gibson Boy, an American Hero provides an intriguing glimpse into high society during the fashionable Gay 90s, and to the idea of developing an iconic American ideal: Charles Dana Gibson’s depiction and actual discovery of “the real American Girl.” What led to your interest in portraying the period in novel form?

I had published on Davis’ fiction in various periodicals, but discovered he had not really dealt in any psychological depth with his capture by the Germans. His actual capture was of relatively short duration, but it provided, two years before his death in 1916, an opportunity for me to use my research to make this period a period of “reckoning” as he becomes more introspective during his “death walk.”