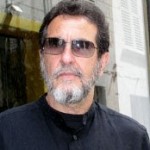 END_OF_DOCUMENT_TOKEN_TO_BE_REPLACED

There was Lino Ventura, Wally Cox, Satch Sanders, Christian Marquand.
My detractors called them toadies and maybe they were.
Hell, I was a fucking matinee idol so there’s going to be hangers-on.
But they were also my friends, until they died or betrayed me.
Or I betrayed thembecause of some mood I was in.
Were the friendships strictly platonic?
Not strictly, no.
But my thing was females, as I’ve said, and they came around in droves.
I could never get enough.
That was long before I’d become too fat to fuck.

END_OF_DOCUMENT_TOKEN_TO_BE_REPLACED 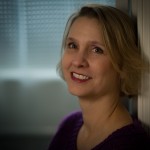 END_OF_DOCUMENT_TOKEN_TO_BE_REPLACED

The phone on the kitchen wall rang. Jess and I stared at it in surprise. Though we had been sharing this college apartment for two weeks already, we still didn’t feel as though we belonged here and the ringing phone seemed to emphasize exactly how out of place we were.

“You answer,” she whispered.

It was eleven AM, hardly a time for whispering, but I whispered back, “No, you,” and then we laughed.

We had met last year when we were freshman living in the same hormonal all-girls dorm that had been built with money donated to the university in the early 1960s by some uptight woman who sensed—and feared—the coming sexual revolution. Allison Hall. The school packed all the freshmen girls there. The halls smelled like hairspray and popcorn. The joke was that entire floors of girls synched their periods. It was a place to escape from.

And we had. Now Jess and I were sophomores—long since free of all those girls, free of Allison Hall, uninterested in sororities, and living together off-campus on the first floor of a small house half a block from the el tracks.

The phone still rang. This was a time before answering machines, before voice mail, email, instant messaging, and Skype. Letters and phone calls were what we had. This was a time where not answering a ringing phone was an act of subversion. We wanted to be subversive—or I did, anyway, secretly—but we were basically good girls, depending on how “good” might be defined. Anyway, letting a phone ring was something we couldn’t do.

Jess picked up the phone. “Hello?” she said, her voice croaking slightly. She cleared her throat, spoke more forcefully. “I mean, hello.”

END_OF_DOCUMENT_TOKEN_TO_BE_REPLACED

WIPs Conversation: Ed Hamilton on his work in progress 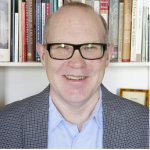 Ed Hamilton is the author of Legends of the Chelsea Hotel: Living with the Artists and Outlaws of New York’s Rebel Mecca (Da Capo, 2007). His  fiction has appeared in various journals, including: Limestone Journal, The Journal of Kentucky Studies, River Walk Journal, Exquisite Corpse, Modern Drunkard, and, most recently, in Omphalos, Bohemia, Penduline Press, and in translation in Czechoslovakia’s Host.

Ed, your excerpted story here, “A Bowery Romance,” is part of a themed collection—The Chintz Age: Tales of Love and Loss for a New New York. What inspired the project? Did it evolve over time or was it something you had your sights on from the very first story?

The stories in Chintz Age are about people in the arts who are struggling to maintain relevance in a world that’s becoming increasingly indifferent, and sometimes openly hostile, to their work and even to their very existence. For it seems that the world— especially the U.S., and even more so New York—has become, to a frightening and disorienting degree, all about money and power, while values such as truth, beauty, and personal integrity are shrugged off with a laugh.

At the Chelsea Hotel I live among artists, musicians, dancers, photographers, and people in various other creative fields, and I myself am a writer, so I’m quite familiar with this struggle. For many years, we at the Chelsea were in effect insulated from the pressures of the outside world, monetary and otherwise, but then the hotel was taken over by developers intent on evicting the artists and turning the place into a fancy boutique hotel.

Seeing my beloved arts hotel (124 years as such!) transformed into a construction site, and seeing many of my longtime friends and neighbors unceremoniously thrown out into the street, was what inspired Chintz Age. After the initial upheaval, which coincided with the publication of my first book, Legends of the Chelsea Hotel, I labored for many years to come to terms with the personal dimension of the tragedy that had engulfed us. I went through numerous attempts to write non-fiction stories about the people and issues involved, setting the stories in the Chelsea itself, but I always found that I was too close to the action—which is, actually, still ongoing—too emotionally engaged with the people I was trying to write about. In order to write objectively, I had to take a step back from the hotel, setting the stories elsewhere, and using fictional characters to dramatize them.

END_OF_DOCUMENT_TOKEN_TO_BE_REPLACED

Ed Hamilton: “A Bowery Romance,” a story excerpt from The Chintz Age: Tales of Love and Loss for a New New York, a Collection in Progress

“Hey, I didn’t know these places were still around,” Mike said as they turned onto the hallway. Under the bare florescent tubes, the cracked plaster walls, with their discolored and peeling layers of paint, resembled a barren, alien landscape. The yellowed walls were set so close together in the tight, narrow corridor that Mike and Brandy could have spread their arms and almost touched them both, and the checkerboard linoleum floor slanted to one side and creaked and buckled underfoot. They passed a gaunt figure in a tattered, faded blue bathrobe, who ducked his head as if to conceal his features. The frequent doors bore small brass plaques with scarcely legible numbers, while the occasional domed recess in the wall displayed a fire extinguisher or a red “FIRE” bucket ballasted with ash-gray sand and studded with cigarette butts like a pin cushion—the recent smoking ban having not yet penetrated this deep into the city’s bowels. Stopping at a door midway down the hall, Brandy fumbled through her purse for the key.

Because Mike spoke almost in a monotone, Brandy couldn’t tell whether his remark was serious or sarcastic. Mike was shorter than average, a stocky figure, and he stroked his hipster van dyke thoughtfully and somewhat nervously. Hanks of wavy, dark brown hair poked out from under his navy blue porkpie hat. He had been growing increasingly apprehensive ever since they turned onto the Bowery, with its dark, shuttered restaurant supply stores, the sidewalks littered with trash and disreputable characters. Rounding the corner onto the even darker side street, they had had to circumnavigate a sleeping man to get into the flophouse. Dazzled by the red neon sign of the Smith Hotel, Mike had accidentally kicked the bum’s empty bottle, which had then rolled, noisily, all the way down the sidewalk and into the gutter, the clatter waking the man, who grumbled incoherently. Scarcely more reassuring was the balding, tattooed desk clerk, who, snoozing in his alcove behind bulletproof glass, had registered the couple’s entrance with but one half-raised eyelid.